In his article on medium.com, our colleague Björn Ganslandt compares the current state of responsive design to 1980s typography.

He states that we have been busy building components and pages based on grids, trying to make it work on all viewports, and for multiple interaction styles. He argues a similar thing happened in typography in the 1960s and 70s, when layouters tried to tie designs in the boundaries of style guides and grids (much like us today).

So is Bootstrap  responsive design’s Helvetica of the Web? It’s true that you can really tell if a web page has been built using a framework. There is certainly a trend to uniformity in web design, but is it a good development? 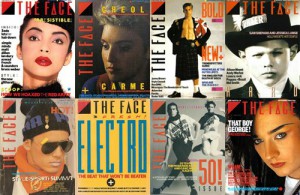 In the 1980s, computers and layouting software brought along new possibilities, and with them, designers played around, leaving behind ‘restrictions’ of legibility and simplicity.

A lot of these experiments are forgotten today, and probably they are because they were outright terrible. Same for responsive web design today?

If you want to innovate, experiment.

It seems that rare, pivotal events in the past have caused dramatic advances in front-end technology. As an example, consider the concept of separating presentation from logic, and the advent of the model-view-controller (MVC) later on (nicely described by Martin Fowler’s post). With its origins in the 1970a, this concept is still very influential today.

So what do you think we have to expect from web design in 2016? Maybe looking to the past can give us a hint where the journey will lead us.